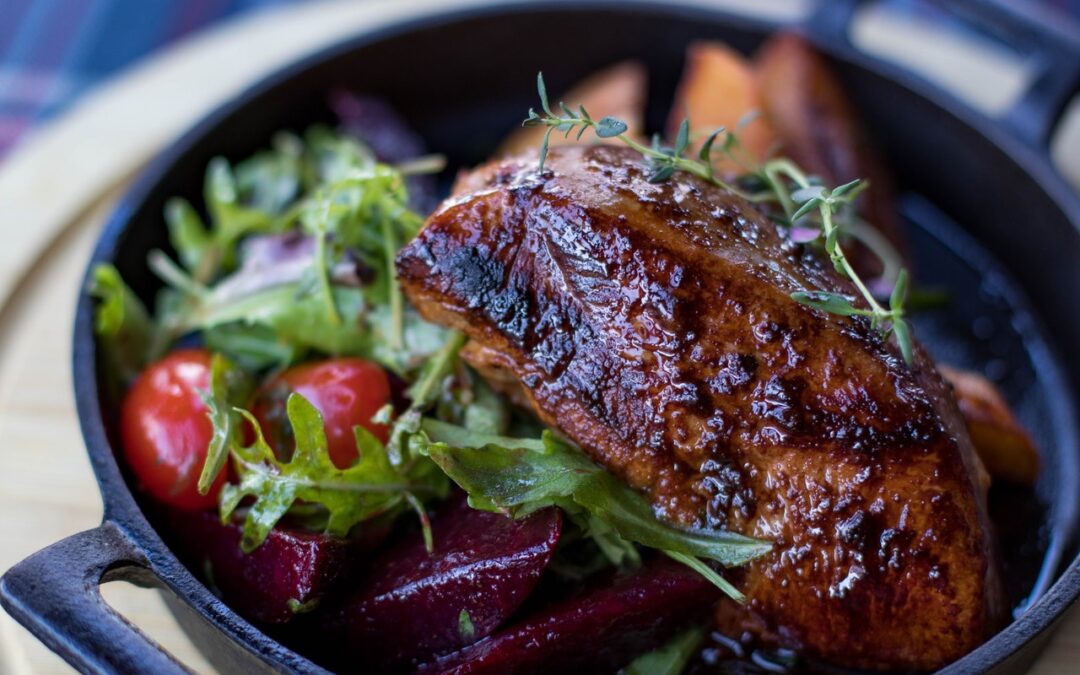 Iron is an essential mineral we need for everyday health. Iron helps make specialized proteins that help carry oxygen throughout the body. It also helps maintain our focus and energy levels, as well as various digestive processes. The production of one of the thyroid hormones, T4, depends upon adequate iron intake. Lastly, iron is necessary for proper functioning of our immune system.

There are several reasons why a person would want to increase their iron intake. One reason is to prevent iron deficiency. Those most at risk for iron deficiency include, female adolescents, premenopausal women, and the elderly. Women who are pregnant require a higher intake of iron to protect against iron deficiency.

Another reason to increase iron intake is when a person has anemia. The most common health condition caused by iron deficiency is anemia, specifically iron deficient anemia. This condition can develop due to ongoing blood loss (as in a menstrual cycle), lack of iron in the diet, or an inability to absorb iron due to a digestive disorder, certain medications, or low stomach acid.

All foods listed below are those that contain the nutrient in question per serving size. This means that a person can eat more (or less) than one serving to affect nutrient intake. A serving size is considered to be 1 cup raw vegetables or ½ cup cooked vegetables. It is also 1 piece of fruit the size of a lightbulb, or 2 pieces of fruit if they are small (like kiwis). Dairy products are one cup for milk and yogurt and 1/3 cup for cheeses. Grains and legumes are both a half-cup serving while nuts are one handful.

MyFoodData.com is a great tool for listing the breakdown of nutrients in a food. The Cronometer app displays this same information as well and might be more convenient to use when standing in a grocery store.

As we will learn in part two of this discussion, there are “anti-nutrients” present in varying amounts in all plant foods, including grains, beans, and nuts/seeds. These compounds block the absorption of non-heme iron up to 80%! These anti-nutrients can be decreased, however, which we’ll discuss in part two as well.

Vitamin C enhances the absorption of non-heme iron. Consuming vitamin C found in foods, fortified foods, supplements, and juices, all serve to increase non-heme iron absorption when consumed with an iron-containing meal. It is important to note that about half of the vitamin C in vegetables will leach out of a food when it’s prepared or cooked in water. Vitamin C is also easily degraded by heat. Therefore, any vegetable commonly cooked or prepared in water, such as potatoes or Brussel sprouts, will contain much less vitamin C once it hits your plate. These foods will still help enhance iron absorption but not as much as the other, uncooked foods listed below.

Oranges seem to come to mind when talking about vitamin C. But if you have a hard time with the acid found in citrus fruits, don’t despair! Plenty of foods are high in vitamin C besides oranges. In fact, plenty of green vegetables and starchy vegetables contain vitamin C as well as berries and other fruits. As a general rule, foods are considered high in vitamin C if they contain 20 mg or more per serving. Here’s a breakdown:

Vitamin C is also found in fortified foods, namely ready-to-eat breakfast cereals. While these will increase iron absorption, they are heavily processed and often contain copious amounts of added sugar. For these reasons, it is best to limit your intake of such cereals, opting instead for whole grains such as oats or buckwheat as a cereal alternative. Keep in mind that whole grains are a poor source of vitamin C, so it’s best to rely on the fruits and vegetables listed above rather than any grains.

Beta carotene is another compound that increases non-heme iron absorption. It is in the family of carotenoids, which is a type of phytonutrient. Phytonutrients are compounds found only in plants and function to protect the plant in some way. Beta carotene, and other carotenoids, are responsible for giving color to fruits and vegetables, specifically yellow, orange, and some red varieties. When these foods are eaten, beta carotene converts into vitamin A in our body. In high amounts, beta carotene can overcome the inhibitory effects of those foods that limit absorption (specifically tannins and phytates, discussed in part two). Thus, it is best to consume beta carotene foods with an iron-containing meal, especially when that meal also contains phytates or tannins.

You’ll find that most of these foods are also in our vitamin C list, above. This makes these foods particularly effective at enhancing non-heme iron absorption. Keep in mind that you can always increase the vitamin C and beta carotene in a food if you consume more than one serving. Use this concept when eating foods that are low in these nutrients.