Guide To Toxins: Exposure, Symptoms, And What To Do 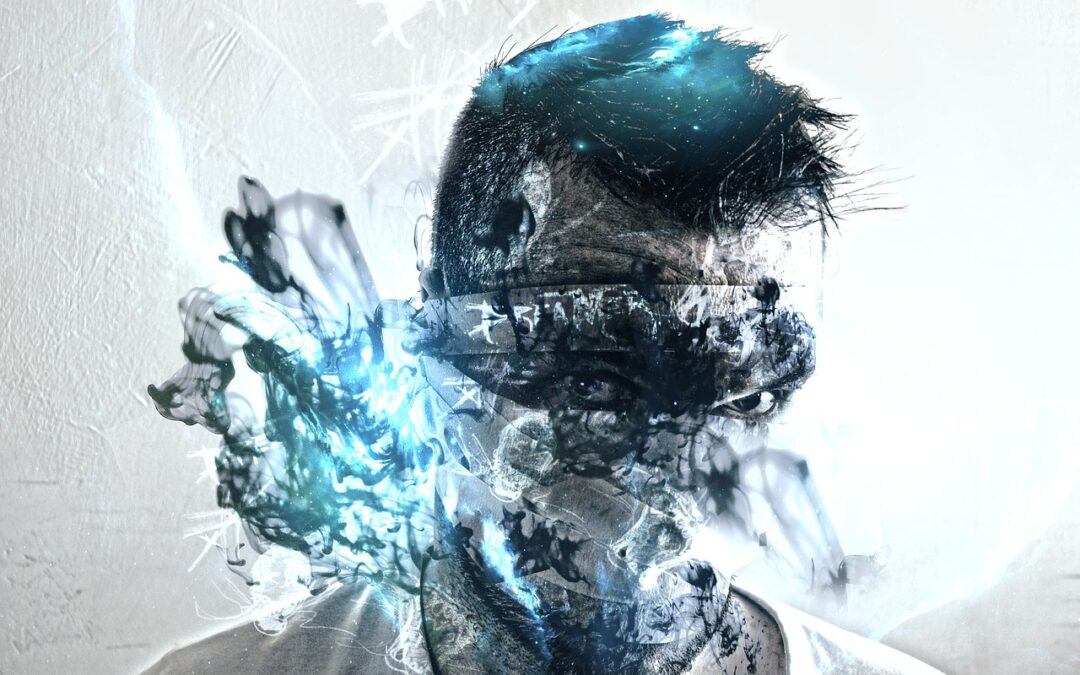 We’ve talked a lot about organic foods and the importance of minimizing our exposure to pesticides. Doing so will reduce our overall exposure to toxins and help decrease the toxic burden we all carry. This is fairly straightforward, but there is much more to this story. There are more toxins in our lives than just pesticides and there are more routes of exposure than just fruits and vegetables. These toxins enter our environment, affecting everything that lives and grows, including ourselves. Let’s talk about what these toxins are, where they’re found, and the harm they do to us if we don’t protect ourselves. We’ll also cover the steps we can take to limit our exposure to toxins.

Common Toxins In Our Daily Lives

Scientists have identified the classes of toxins we, as humans, are all exposed to in daily life. These ubiquitous toxins are dubbed “persistent pollutants” because they are persistent in the environment and take years to breakdown. This means they don’t just hang around nuclear power plants or refineries (even though some of them may have originated in such places). They have entered the daily environments where the average person lives their lives, doing usual tasks.

When Are We Exposed to Toxins?

Some of these toxins you may have heard of and some of them might be new. But when are we exposed to them? Contained in the list, above, are some descriptions of where each toxin is found. Man-made chemicals, overall, are found just about everywhere. We encounter them everyday in many forms:

The inventions and ingenuity of man has certainly reached every corner of our lives. In most ways, such advancements have propelled us forward in enhancing our lives. What we never banked on was the negative consequences that came with it.

How Toxins Harm Us

While many chemicals are manufactured for a purpose, others are unintended byproducts of manufacturing (like chemical fumes). Some chemicals have been banned over the years, but still remain in the environment and, by extension, our food supply (like PCB’s). Regardless of how they got here or whether they are still allowed, toxic chemicals are found in everyone. And they cause major harm.

The effect of all this is that we, the unsuspecting public, have become the guinea pigs of these chemicals. The safety tests are underway and we’re the test subjects. We don’t know all the damage that these chemicals can cause, but we are fast learning simply by studying ourselves. What sort of damage are we talking about?

Our body gives us small warning signs of toxicity symptoms long before they become a big problem. Unfortunately, we dismiss many of these symptoms, calling them “normal.” After all, everybody has allergies, right? While this is true (50 million people in the US have allergies), we must remember that “normal” isn’t the same as “healthy.” Everyone has toxins too, making it “normal” for people. But this is far from healthy.

Rather than dismissing “normal” symptoms, take heed to what your body is telling you. That something is wrong.

Common symptoms of low-grade toxicity include:

While toxin exposure can cause all of these symptoms in varying degrees, the reverse is not always true. Having these symptoms does not necessarily mean that they were caused by toxins. There are many possible causes. If you have any number of these symptoms, it is important to uncover the reason behind them.

Let’s consider just one class of toxins: Organophosphate pesticides. These are the pesticides sprayed on non-organic fruits and vegetables. Aside from killing pests in the field, they also kill brain cells mix-up synapses in children and fetuses. They are very potent toxins to our mitochondria. When our mitochondria become damaged or dysfunctional, a host of health issues arises: fatigue, weakness, seizures, cognitive disabilities, diabetes, hearing and vision loss, and poor functioning of the liver, kidney, and gastrointestinal tract. All of these health issues can occur from just one class of chemicals! We carry many more chemicals in our bodies than that, and their cumulative effect is yet unstudied (but we know it’s not good).

A study done in 1992 looked at the blood and urine of nine US adults. They looked for 210 toxins known to be persistent pollutants, and found 167 of those toxins present in the adults. Of these toxins, 53 have been linked with cancer, 62 are toxic to the brain and central nervous system, 58 are toxic to our hormones, and 55 are toxic to our immune system, often leading to autoimmune diseases and a weakened immune response. The chemicals in our environment have made us into a toxic soup, putting us at risk of a myriad of diseases and ailments.

That 1992 study was just on adults. Surely babies are a clean slate. It turns out, babies are born with toxins! Toxins are passed from mother to child. Studies have tested the cord blood of newborns and show that babies born in US hospitals already had an average of 200 toxins in their bodies! This included chemicals known to cause cancer, chemicals that damage the nervous system, and chemicals that lead to developmental problems. Nobody is safe from the onslaught of toxins, not even the unborn.

All these diseases we mentioned (autoimmune disease, cognitive issues, cancer, and hormone disruption) don’t all just happen suddenly. These conditions slowly develop in the background of our lives, steadily getting worse over time.

It’s the cumulative effect of this multiple toxin build-up that causes the most harm. Our bodies can handle some level of toxins and are efficient at eliminating them, but the pace at which we’re exposed to man-made chemicals can quickly overwhelm our body’s ability to handle them. If these toxins are not eliminated at the pace they are coming in, they begin accumulating in our fat cells over time. But storing them out-of-sight doesn’t solve the problem. We each have our own limit and can handle only so much exposure before our health is compromised and we notice something is wrong. This usually occurs more as we age, since we’ve had more years for toxins to accumulate. Luckily, we aren’t victims here. Later on, we will share ways to reduce toxin exposure, thereby helping to lower your risk of these diseases.

How Did We Get Here?

If these chemicals can cause so many health issues, why were they even allowed to be made? Shouldn’t harmful toxins be banned? Let’s look at the backstory.

Well, with each passing year, about 2,000 new chemicals enter our world through new products and technologies. In the United States, only a fraction of new chemicals are tested for safety. There are about 85,000 registered chemicals used on a daily basis in this country, about 250 of them have gone through safety testing. Despite the Toxic Substances Control Act (TSCA), put in place in 1976, the EPA had little ability to identify and screen out toxic chemicals as they entered the market. This was because the toxicity data of each new chemical was provided by the manufacturers who made them. The completeness and accuracy of these reports could not be verified and had to be taken on good faith. Not only that, but roughly 60,000 chemicals already on the market by 1976 were grandfathered in and not subject to testing.

In 2016, then-president Obama signed into law a new chemical safety act, the first overhaul to the TSCA in 40 years. This new law allows the EPA to ban unsafe chemicals, both new and existing, as well as require more testing on new chemicals. The EPA must also test and rank existing chemicals according to their level of risk. While this is a step in the right direction, it will take about 7 years to review it takes about 7 years to test each chemical and another 5 years for it to be completely removed from our products. Given that we have tens of thousands of existing chemicals to test, this process will take centuries to complete.

There is no feasible way to quickly test 85,000 chemicals within anybody’s lifetime, much less to do this while addressing all the new chemicals that come in each year. It is clear that we cannot rely on industry or government to protect us from toxins. So, while the EPA is over their head with such a monumental task, we also have a job to do. Thankfully, it isn’t as overwhelming as theirs.

As inevitable as it is to be exposed to toxins throughout our lives, it is not inevitable that we get sick because of them. Changing how we eat, drink, and clean will go a long way to lessening how many toxins we are exposed to. Lowering our exposure will also lower the toxic burden built up in our bodies, giving our detox processes a stronger chance at neutralizing and eliminating them. There are multiple ways to do this. The following list contains ways to lower exposure from persistent pollutants. Those who know they have a high level of a specific chemical in their body (mercury exposure is common) should take additional steps to target the removal of that chemical.

Toxins are everywhere these days, whether purposely created to improve our lives or unintentionally produced as a waste product. Whatever their source, toxins enter our environment and remain in our soil, water, and air. They are called persistent pollutants because they are found everywhere and take years to breakdown. Animals, plants, and humans ingest them, whether directly or indirectly. Once there, they accumulate over time, harming health and even passing along to offspring. We are not aware of all the harmful effects of these toxins but we are slowly discovering them as they show up in people. While it is not possible to avoid all sources of toxin exposure, you can certainly make a large impact on reducing your exposure each day. It’s time to fight back and reclaim your health for yourself and future generations.