COMT Genes and Lifestyle: How It’s All Connected 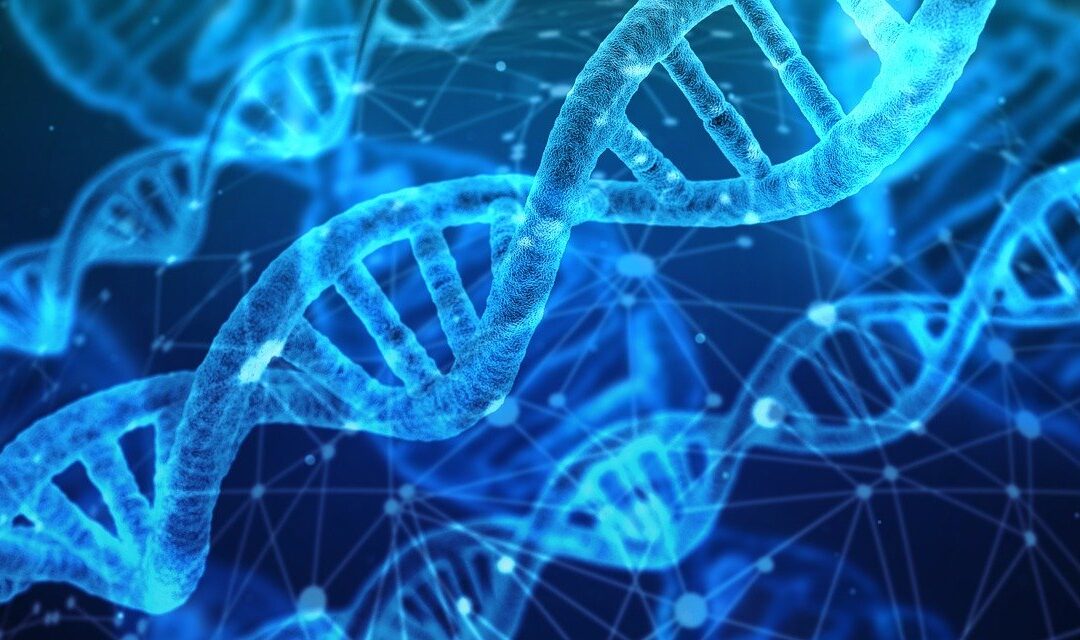 Our genes tell us a lot about who we are and of who we can become. After all, a person’s genetics explain basically everything about them: their hair color, their cleft chin, their propensity towards car sickness, and even why they sneeze in sunlight. Some genes are easily seen and express themselves immediately (like a cleft chin), while others are hidden away and lying dormant until or unless they are switched on (like macular degeneration). These types of genes are not our destiny but rather a measure of probability. And as with any probability game, there is always the chance that something won’t happen. Genes don’t always express themselves.

Our primary focus for this blog is a certain gene called the COMT gene, but before we launch into it and why it’s so important, we first need a little bit of background information. No discussion of genes is complete without recognizing the importance of another factor: the environment.

On a cellular level, genes tell a story of probability. Your genetic story describes how your body will gravitate towards certain outcomes if given the chance. These outcomes affect your health either positively or negatively.

When anyone discusses how genetics influences our health (and vice versa), they are talking about nature versus nurture. “Nature” refers to genetic inheritance which we receive from our parents. Our genetic makeup is set within our DNA and can be passed along to our offspring. Genes dictate not only whether you inherit your father’s large nose, but also more subtle characteristics seen only on the cellular level. They reveal your propensity towards getting certain diseases, converting nutrients into energy, eliminating toxins, handling stress, and much more.

“Nurture,” on the other hand, is the influence of environmental factors that impact our life after our genes are already determined. In essence, “nurture” is anything that happens to us after we are first conceived. Examples of nurture include the effect of alcohol on fetal development, traumatic or supportive childhood experiences, intact or broken families, level of physical activity, healthy or unhealthy diets, amount of exposure to toxins, and much more.

This all seems very straightforward, but let’s look at the relationship between them. Many people believe that our genes are our destiny. That there is no point in trying to work around something that is ingrained in our DNA (quite literally). However, the truth is that, while our genes are indeed set in stone, the expression of our genes can be changed. In other words, our genes carry instructions that tell our body to function in a certain way (this cannot be changed), but those instructions can be turned off; their expression can be changed. Genes (nature) can be active or inactive depending on external factors (nurture). The study of this is called epigenetics.

Here are two examples of epigenetics; how hard-wired genes don’t always follow their own instructions. A child may have inherited the gene for perfect pitch (the ability to identify a musical note simply by hearing it). And yes, there is a gene for this! However, without musical training, that child will not possess this ability. Another example is if a child inherits the genes for tall height but perhaps lives in poor conditions with little access to healthy food. Without proper nutrients, the child may not achieve the height that his genes would have allowed him to. Epigenetics shows us that simply possessing certain genes (genotype) does not mean that a person will display that gene (phenotype). Genetic instructions are not always followed.

So what does all of this have to do with COMT? And what even is COMT? Earlier, we mentioned that genes can influence how well we eliminate toxins. Our ability to do this is not outwardly noticeable when everything is working well. However, we definitely notice when things are not working well! Examples of the genes involved in eliminating toxins include cytochrome P450 genes, glutathione S-transferase genes, and the COMT genes. These genes are responsible for eliminating several types of toxins from our body, including pesticides, air pollution, estrogen, mold, and even stress hormones!

These genes come in different variations but everyone has them (in one variation or another). It’s these variations that can cause problems (when they are turned on).

Our bodies produce these catecholamines in the right amounts and then remove them from the body so they don’t accumulate and cause damage. This is a normal process. But when we have a variation in our COMT gene, we are unable to break these neurotransmitters down, thus causing them to build up to higher levels than normal. High levels of these neurotransmitters impacts how well we handle stress.

About 20%-30% of caucasians of European ancestry carry the Met/Met variation of the COMT gene. These Met/Met carriers are three to four times slower at removing catecholamines than the other COMT variation, Val/Val. This slow removal process (detox process) results in higher levels of dopamine and cortisol, and can cause HPA axis dysfunction. During low-stress situations, those with the Met/Met variation often have better focus and memory. However, once under pressure, stress hormones rise and they cannot break them down quickly, so they easily become overwhelmed. This translates to a state of elevated stress as well as less resilience against stress. This variation also experiences strongly felt emotions, whether positive or negative.

Having elevated cortisol and thus elevated stress is detrimental to our long-term health and something that those with the Met/Met variation need to be aware of. Stress and high cortisol levels can cause adrenal dysfunction and HPA axis dysfunction. They also bring about other symptoms including poor sleep quality, disrupted circadian rhythm, gut inflammation, food sensitivities, and blood sugar imbalances. Constant high stress is nothing to take lightly! Those with the Met/Met variation of the COMT gene need to be careful of how they handle stress and take steps to reduce it whenever possible. The Met/Met variation also leads to increased levels of dopamine, norepinephrine, and epinephrine. These elevations lead to symptoms such as, digestive issues, nervousness, hyperactivity, mania, increased blood pressure, headaches, heart palpitations, anxiety, and increased sweating. That’s a long list of symptoms! What can those with Met/Met variants do to help themselves?

What To Do About It

Recall our earlier discussion of how a person’s environment and lifestyle can alter their gene expression. Well, the Met/Met variant is no different. It can be balanced out to have less of an impact in your life given the right environment. Since those with this variant have slow COMT function (slow metabolizers of catecholamines), it’s important to support our COMT function. Let’s see what this looks like:

1. Supplements: The COMT gene is part of the methylation process of phase II detoxification. Methylation requires a methyl group (chemical compound) in order to function. A special compound called SAMe provides that methyl group. SAMe is produced by our bodies and is also available as a supplement. Met/Met variants can be greatly helped by taking SAMe as a supplement. Other ways to support the methylation process is to increase your magnesium as well as your B vitamins, particularly B2, B6, B9, and B12.

2. Foods to eat: Met/Met variants do better with foods that remove estrogen from the body since excess estrogen further slows down the COMT gene. Such foods include flaxseeds as well as cruciferous vegetables like broccoli, cauliflower, and cabbage. Supporting liver health will further remove estrogen compounds. This includes taking bitter herbs like milk thistle and dandelion, as well as eating citrus fruits. Lastly, focus on phytonutrient-rich foods that don’t contain catechols. These include grapefruit, onions, parsley, and celery.

3. Foods to avoid: The Met/Met gene variation is slow to remove catecholamines from the body. Thus, it’s best to avoid foods that increase catecholamines. Avoid foods high in the amino acids, tyrosine, tryptophan, and phenylalanine. These mainly encompass poultry, beef, fish, and cheese. These amino acids are also found in several seeds, nuts, beans, soy, chocolate, blueberries, coffee, and eggs. Further, several flavonoids (a phytonutrient) contain catechols and should be avoided. These flavonoids are found in green tea, capers, cilantro, apples, and berries. Lastly, caffeine and alcohol can trigger the release of catecholamines (the last thing you want). So it’s best to avoid these substances as well.

5. Avoid stress: As discussed, the Met/Met variant is slow to remove stress hormones resulting in less resilience in stressful situations. This means stress feels stronger, lasts longer, and does more damage to our body than those without this variant. It is imperative in this case to avoid or reduce stress wherever possible by practicing stress reduction techniques.

The Importance of Genomics Testing

Most people don’t know which genes they possess so they don’t know which of their genes are being hurt or helped by their environment. People often live their lives without thinking of long-term consequences. And certainly without thinking of genetic consequences. Only when something goes awry do we look back at our choices and lifestyle and wonder what led us here. Oftentimes the underlying cause of symptoms has a basis in our genetic expression. Something in our environment and lifestyle has flipped the genetic switch. Sometimes it’s a protective gene that has been turned off or it’s a harmful gene that has been turned on. But either way, something happened that jump started a downward spiral in our health and we’re just now taking notice. But what if we can take notice before it spirals out of control? To do this we need to know what genes we carry and which ones put us at risk for health conditions or impaired functioning.

Genomics testing answers these questions. Such tests have grown in popularity and affordability over the years. Perhaps the most well-known genomics test is 23andMe where a person can get a complete picture of their genetic data and risk factors for about $200. Check them out here. 23andMe provides a detailed report of your genetic data, which is best reviewed and discussed with Dr. Jeff at Healthy Connections. Dr. Jeff can interpret your report and create an individualized plan for supporting your health despite genetic factors. The COMT gene is only one of over a thousand genes that influence our health and are described in your genetic report. Give us a call to discuss your report today!