Glyphosate and the Story Behind Monsanto 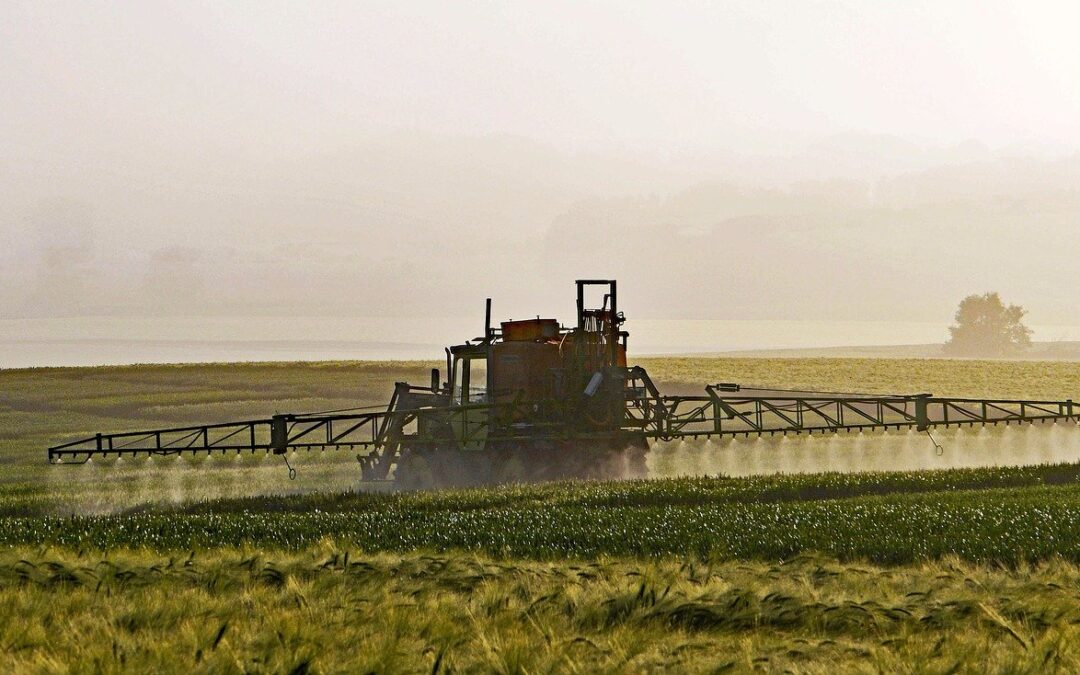 Robert F. Kennedy Jr. was a recent guest on Dr. Mark Hyman’s podcast, “The Doctor’s Farmacy.” Mr. Kennedy is the son of the late Robert F. Kennedy (US senator) and the nephew of former president John F. Kennedy. Robert F. Kennedy Jr., an environmental lawyer, won a lawsuit against Monsanto in 2015 with evidence that Monsanto’s product, Round-up, has caused the cancer of Kennedy’s client, who was a groundskeeper at a high school. Click here to listen to the podcast!

The Early Days of Monsanto

In the podcast, Mr. Kennedy explains the history of Monsanto and their eventual take-over of the agricultural industry. Monsanto was founded in 1901 as an agrichemical corporation. They were the ones who developed a handful of very harmful and toxic chemicals in the 1930’s and 1940’s. These chemicals were PCB’s, DDT, dioxin, and Agent Orange, all of which have since been banned in the US (although PCB’s, DDT, and dioxins are still prevalent in our rivers, soils, and in animal tissue).

How Roundup Weed Killer Was Born

In the early 1960’s, a new chemical called glyphosate was used as a descaling chemical to get rid of calcium buildup and other mineral deposits on metal tanks, pipes, and boilers. It was accidentally discovered that glyphosate also kills plants very effectively. It was then that Monsanto decided to use glyphosate to create an herbicide (weed killer) out of it. In 1974, the weed killer, Roundup, was put on the market.

How Roundup Entered Our Food Supply

Roundup was originally sprayed on individual weeds found in corn and soybean crops. Killing weeds allowed the crop to grow without competing for nutrients or sunlight. Overtime, some weeds developed a resistance to Roundup and were not killed by it. This was in the mid 1990’s, in the early days of biotechnology. Scientists removed the DNA of these resistant weeds and inserted it into soybean plants. This created a man-made version of soybean seeds that were resistant to Roundup. This was the coining of the phrase “Roundup ready,” and was the first widely used genetically modified crop (GMO). Since then, GMO crops expanded to include corn, canola, alfalfa, cotton, and even wheat. Today, Roundup is found in 70% of our food, and 10 million pounds of this chemical is being used globally each year. Now, instead of spraying a small amount of Roundup on each weed, farmers use planes to mass spray entire crops indiscriminately. The weeds are killed but the Roundup ready crops survive.

What’s the Harm of Roundup?

Once farmers began using more Roundup on their crops, the natural environment was immediately exposed. Roundup not only embeds itself into the crops we eat, but it also destroys the nutrients in the soil, making it difficult to revitalize for the growing of non-GMO crops. From the soil, Roundup then travels to local streams and rivers where it harms fish, insects, and amphibians.

Humans are not immune to Roundups effects. Roundup is toxic to our gut microbiome and has been shown to cause a variety of health conditions. This toxic herbicide is linked to colon cancer, kidney cancer, and non-Hodgkin’s Lymphoma, as well as Non-Alcoholic Fatty Liver Disease (NAFLD). Since 2006 there has been a 400% increase of Celiac disease rates in the US, along with a huge increase in gluten sensitivity. These enormous increases directly correlate to the introduction of using Roundup on mature wheat crops, which began in 2006. In fact, 85% of all Roundup used in history has been used since 2006. There are theories stating that Roundup, now dominating our wheat supply, has made people more susceptible to gluten intolerance and Celiac disease.

How Can This Story Get Worse?

Perhaps the most troubling aspect of Monsanto’s success with Roundup is the fact that they were aware of it’s harmful effects from the beginning but intentionally concealed it’s health risks from the public. The EPA is the federal department in charge of regulating the agricultural industry however, Monsanto was powerful enough to control them. In 2015, a man named Jess Rowland, head of the pesticide division of the EPA, was put in charge of evaluating the cancer risk of Roundup. Instead, Monsanto convinced him to stop the investigation. He did so. This move prevented incriminating research from being made available to the public.

Robert F. Kennedy Jr. and several other law firms finally gathered enough evidence of cancer risk with Roundup that they sued Monsanto in 2016. At this same time, the International Agency for Research and Cancer (IARC) evaluated all the research about glyphosate and announced it as a probable carcinogen. In Mr. Kennedy’s lawsuit, a former high school groundskeeper was found to have cancer that was caused by Roundup. Monsanto paid nearly $290 million dollars to him in 2018. That same year, Monsanto was acquired by Bayer, a chemical and pharmaceutical giant based in Germany. After 117 years, the name Monsanto was finally retired, although the product Roundup is still being sold under Bayer. Bayer has since paid over $10 billion to settle tons of cancer claims, while continuing to sell Roundup without adding safety warning labels. Despite Mr. Kennedy’s victory and the retiring of Monsanto, this is not the happy ending we are looking for.

The big picture, according to Mr. Kennedy, is to create awareness of what big industry is really doing and how they are controlling the very departments that are supposed to be regulating them. This level of power, in turn, twists the story, covers up the truth, and perpetuates a lie at the expense of public health. Roundup is a toxic chemical that harms plants, animals, water, soil, and human life. Until this toxin is fully exposed and appropriately regulated, we can take a stand with our purchasing power. Buying non-GMO and organic products takes money away from Bayer and puts us in control of our health. Let’s help reduce cancer risk and gluten sensitivities. Avoid pesticides in our food supply!