Link Between Autoimmune Disease and Our Gut 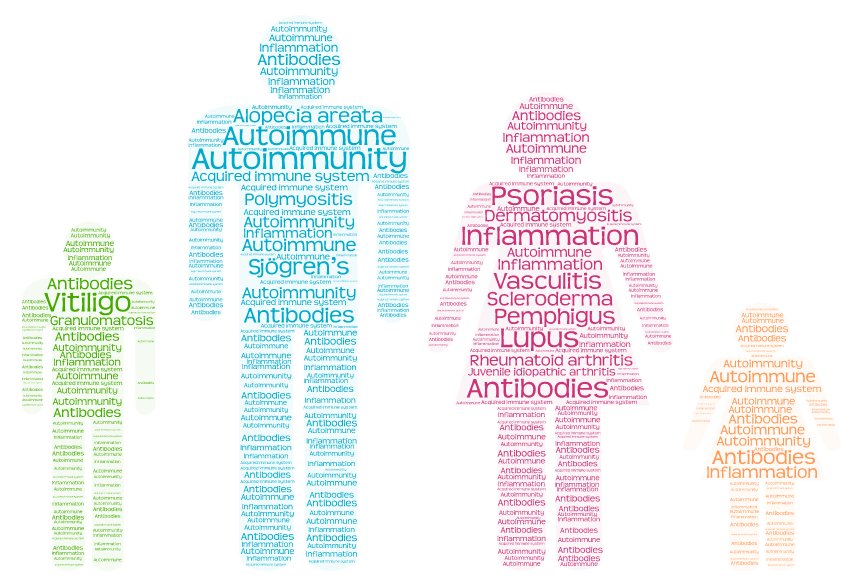 We talked in our last blog about how poor gut health is the main culprit behind chronic disease and how it causes (and perpetuates) disease progression. You can check out this blog here. Dovetailing off of this is the connection between autoimmune disease and gut health. A dysfunctional digestive system can send mixed messages to our immune system and create an improper immune response. It’s important to note that ongoing gut dysfunction can occur even in the absence of gut symptoms. This is why it’s wise to look at the health of our gut and microbiome whenever there is an autoimmune risk or diagnosis. Let’s dive deeper into this connection.

What Is Autoimmune Disease?

Autoimmune disease encompasses several diseases each sharing a common thread in their etiology (how a disease is caused). All autoimmune diseases are caused when the immune system mistakenly attacks the body. This is either because it can’t distinguish between normal body cells and foreign invaders, or because it can no longer control the intensity of immune response (ie it doesn’t know when to stop fighting).

During an autoimmune response, rather than producing antibodies against a harmful outside invader (such as the cold virus), the immune system produces autoantibodies, which are antibodies against “self”, thus marking our own body cells for attack. Where this attack takes place defines which type of autoimmune disease a person has. For example, an immune attack on the thyroid can lead to Hashimoto’s or Graves diseases, whereas an attack on the myelin sheath that protects nerve fibers can lead to multiple sclerosis.

Researchers don’t fully understand why the immune system targets body cells, so there are no surefire cures to autoimmune disease. The cause(s) of autoimmune disease is also not fully known, but we do know of several contributing factors. These factors include genetics, family history, viral and bacterial infections, exposures to toxins, obesity, and eating a Western diet. As the title of this blog suggests, autoimmune diseases are also strongly linked to the health of our gut.

Since autoimmune diseases stem from an ongoing dysregulated immune system, let’s look at how this happens in the first place.

Our gastrointestinal system contains between 70% and 80% of our entire immune system! And when you think about it, it’s not all that surprising. After all, every time we eat food we’re introducing a foreign substance into our body and our immune cells must identify it as “safe.” Once the food item is deemed to be safe, the immune system continues its patrol, no longer paying mind to our meal. The harm occurs when our immune system becomes hyper-focused and marks something as a threat when in reality it’s actually safe.

This can happen when particles (like bacteria, undigested food bits, or toxins) escape the safety of our digestive tract and wrongly enter our bloodstream where they’re now labeled as a threat. Other times the immune system over-responds to a typical viral or bacterial infection and healthy body cells get targeted and attacked as well (thus creating an autoimmune response).

Anytime our immune system launches an attack (whether or not it’s justified), inflammation is always present. Acute inflammation is a normal response and only lasts long enough for our body to fight off an illness. When the immune trigger (like a cold virus) is fought off, it leaves the body and our immune system calms down. However, when our immune system is constantly exposed to its trigger (such as food toxins, harmful bacteria, or our own body cells), then our inflammation becomes chronic, or ongoing, and can spread throughout the body. Chronic inflammation increases the possibility of autoimmune disease in those who are at risk. It can also tip the scales from having subclinical autoimmune issues to reaching clinical thresholds for diagnosis.

Having too many harmful or pathogenic bacteria in our gut can overrun the number of healthy bacteria, leading to dysbiosis. These harmful bacteria are pro-inflammatory and contain toxins that jeopardize the integrity of our gut lining. These insults (increased inflammation and a leaky gut) cause an inappropriate immune response.

Additionally, several of the contributing factors to autoimmune disease, discussed earlier, also threaten the balance and diversity of our gut microbiome. These include viral and bacterial infections, exposures to toxins (like PCB’s, dioxins, and pesticides), obesity, and eating a Western diet (high in sugar and processed carbs). Further causes of dysbiosis include the overuse of antibiotics, chronic stress, and poor sleep.

Incidentally, all of the above causes of dysbiosis also cause inflammation, further perpetuating an improper immune response and a risk of autoimmunity. Note that these same insults can also lead to other diseases that aren’t autoimmune in nature.

We have seen how out gut and our immune system are intertwined, and how the bacteria in our gut play a huge role in how well our immune system functions. We also discussed the impact of chronic inflammation and the role it can play in autoimmune disease. So, what do we do about it?

Is Your Gut The Underlying Cause?

The health of our gut and the balance of our gut bacteria is a common underlying cause of autoimmune disease, oftentimes occurring alongside other underlying causes. If you have an autoimmune condition, it’s best to determine the cause(s) and whether or not it stems from poor gut health. Our functional medicine team can look at the biodiversity of your microbiome to see how many bacterial species there are in total, as well as which species are beneficial versus harmful. Knowing your bacterial makeup so-to-speak alerts us to any overgrowth of bad bacteria or yeast, as well as to any undergrowth of good bacteria. Lastly, we assess level of gut inflammation to see whether you may have “leaky gut” or intestinal permeability. If the health of your gut or microbiome is compromised, we work with you to restore balance, healing, and function. In doing so, autoimmune flare-ups or disease progression can be mitigated or even prevented.

As with any chronic disease, the key to addressing autoimmunity is by first limiting or avoiding inflammatory foods. Foods that cause inflammation are the usual culprits such as gluten, dairy, processed foods (including processed meats), refined carbs, refined vegetable oils, and sugar. Limiting or avoiding these foods, not as part of a diet but rather part of a long term lifestyle eating pattern, will lower inflammation throughout the body. This occurs as your immune system calms down in the absence of the onslaught of toxins it’s used to dealing with. A calm immune system is now able to attend to actual threats (like the flu) rather than exhaust all resources fighting off the byproducts of the food we eat. An anti-inflammatory eating plan will also encourage healthy growth and diversity of beneficial gut bacteria, while outcompeting harmful bacterial species. Bringing balance to our gut bacteria helps restore appropriate function to our immune system.

Anti-inflammatory foods are the key to calming down an overactive immune response. These foods include fruits, vegetables, legumes, whole grains, healthy fats, clean proteins, and fermented foods. There are many versions of an anti-inflammatory diet, and for those with an active autoimmune disease, the autoimmune paleo diet (AIP) is commonly followed. The aim of this diet is to reduce flare-ups and calm symptoms. To do this, the AIP diet eliminates not only inflammatory foods, but also several categories of anti-inflammatory foods. These include all grains, legumes, dairy, eggs, and nightshade vegetables. Following the AIP diet can be tricky and overwhelming at times. Our team at Healthy Connections can help you navigate it successfully!

The lining of our intestine is supposed to function as a strict gatekeeper against the passage of large, harmful compounds into the bloodstream. When a person has “leaky gut,” this gatekeeping ability starts to crumble, allowing all sorts of toxins and bacteria to enter circulation throughout the body. As described above, lowering inflammation by eliminating inflammatory foods is much of the battle. The next step is to repair the damage already done. In functional medicine, we do this by leading patients through the 5R protocol. Each “R” stands for one of the five phases of the protocol. In order, they are: Remove, Replace, Repopulate, Repair, and Rebalance. Our recent blog outlines further details about this 5R program, here.

Our gut plays a variety of roles that step beyond the usual role of digestion. It is integral to our immune system, our control of inflammation, and our prevention of disease. Any dysfunction in our gut or imbalance of our microbiota affects each of these areas, causing chronic disease and a higher risk for autoimmune disease. With the help of functional medicine testing, an anti-inflammatory eating style focused on whole foods, and a protocol focused on gut healing, we can help prevent autoimmune flare-ups and improve inflammatory markers. Contact us today for a free discovery consultation!